Student experiences with 'The English School Dublin' (theenglishschooldublin.com) show the risks of taking a website at face-value, without making extra checks. This so-called school operated until recently as 'Trinity English School' and previously as 'Learn English in Dublin', all of which promised 'The smallest English classes in Dublin' and targetted mainly EU nationals.

The concerns of students and former staff have now been well documented by Trinity News who worked with ICOS to bring these issues to light. As Brazilian student Vitor Machado told the newspaper: "[Owner Derren Hogerty] sold the school as a school, but by the end of the day it was just a guy with a table. I was completely misled by Derren, and when I realised how wrong I was he refused to refund me. I've paid by PayPal, so I've managed to get 70% of it back, excluding the first payment."

Thankfully Vitor had not paid by cash or bank transfer, so he had some protection. He explains: "I talked to a police officer at Pearse Street [Garda station], but to cut a long story short, they told me they couldn't do anything. But thanks to them I found ICOS. It was ICOS' recommendation to claim back with PayPal." 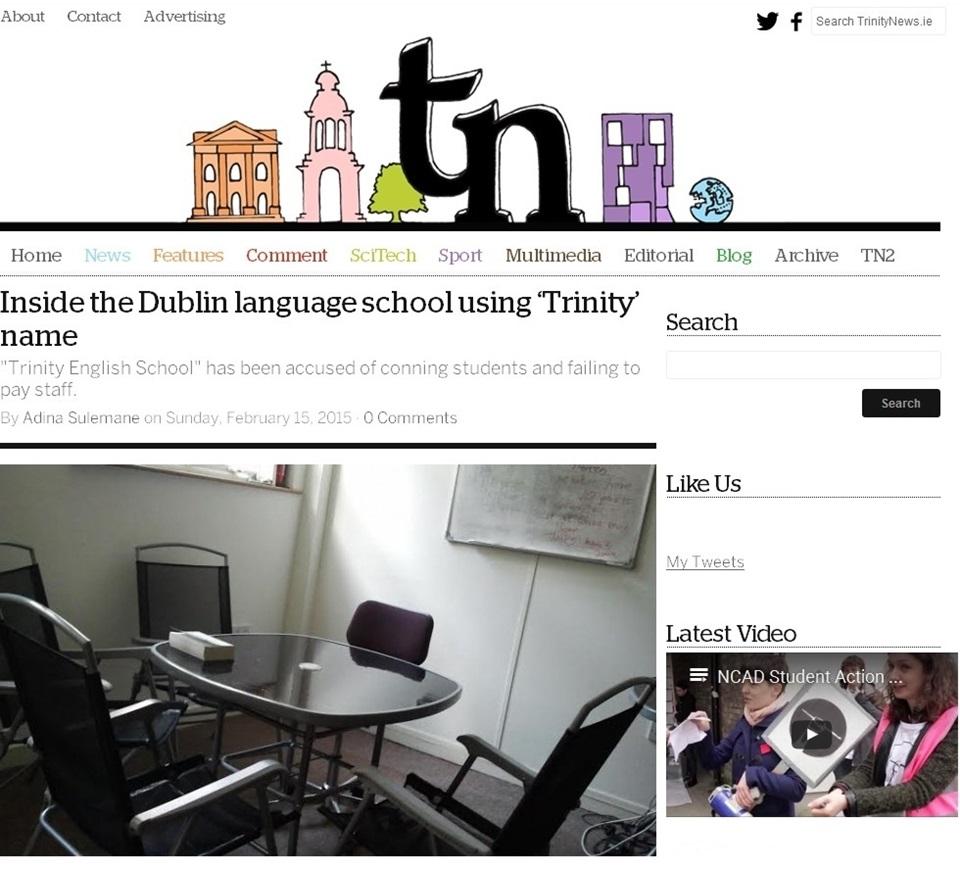