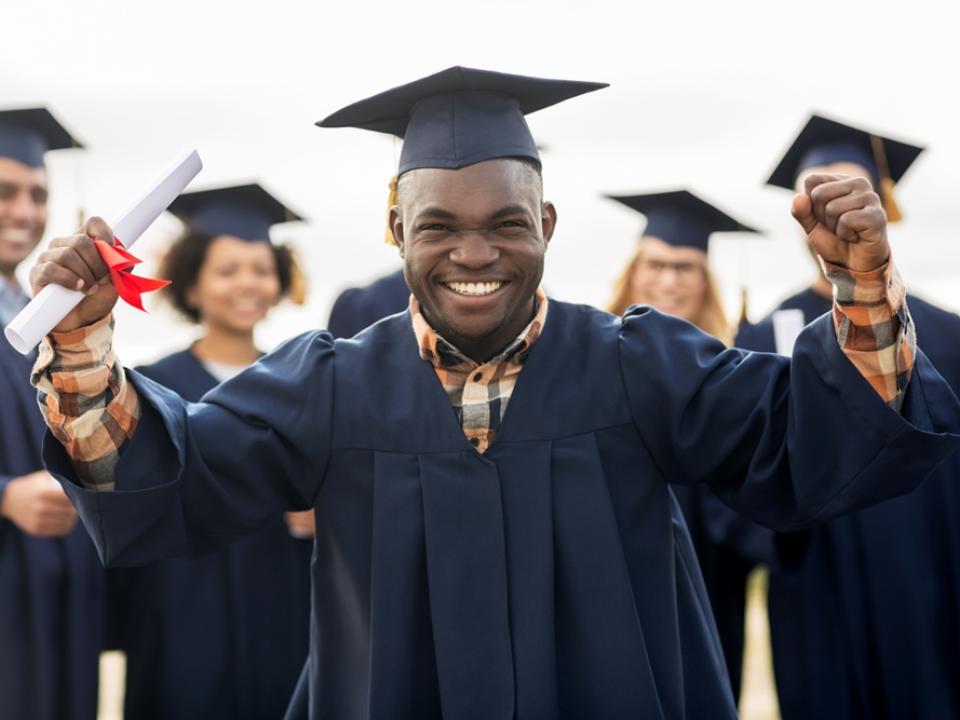 Third level graduates from a non-EEA country who have been awarded a degree from a recognised third level education institution in Ireland may remain in Ireland for a period after their studies for the purpose of seeking employment. To be eligible, graduates must have been awarded a qualification at level 8 or higher on the National Framework of Qualifications by an official Irish awarding body such as, for example, Quality and Qualifications Ireland (QQI) or a university. It is important to note that some education institutions based in Ireland are accredited by an awarding body based outside of Ireland, and therefore graduates of these institutions are not eligible for this programme.

Under the terms of the Third Level Graduate Scheme 2017 Revision, a person who qualifies will be granted an extension to their current student permission, with an immigration Stamp 1G, for a period of up to 24 months, depending on their level of study. Those eligible to remain for up to 24 months (graduates of level 9 and 10 programmes) will be given permission to remain initially for 12 months, and will then need to renew their visa for a further 12 months.

EXCEPTION: Students enrolled in level 7 (Ordinary Degree) courses before 31 May 2017 may avail of a 6-month residence permission upon completion of their studies. Students enrolled after 31 May 2017 in a programme leading to an award at level 7 will not be permitted to avail of the Third Level Graduate Scheme.

It is important to remember that the Third Level Graduate Scheme counts towards the overall total limit of 7 years that a student is typically permitted to remain in Ireland. In addition, entry to the Graduate Scheme is available to persons only if they apply within six months of confirmation of their award and while their existing student visa is still valid.

To apply to renew an immigration permission under the scheme, graduates living in Dublin should go through the Irish Naturalisation and Immigration Service (INIS), 13/14 Burgh Quay, Dublin 2. Graduates living outside Dublin should go through their local Garda Siochána registration office. When attending, applicants should take documentary evidence of their exam results in addition to the usual requirements for renewal of an Irish Residence Permit card. Cards are issued at the normal fee rate.

You can apply as soon as you receive confirmation of your degree result. To qualify, application should be made within six months of results being received.

It may be useful to note that graduating non-EEA students can engage in full-time work (up to 40 hours per week) between 1st June and 30th September provided this period is covered by an existing Stamp 2 student permission.

Holders of a Stamp 1G can seek employment for up to 40 hours per week and apply for further permission to remain in the state under employment permit arrangements. The types of work which can be undertaken with Stamp 1G are not limited to specific employment categories or salary levels, unlike employment permits.

Graduates who receive the Stamp 1G are also entitled to return to education after availing of the scheme if they re-enter at a higher level and can finish the new course within the overall 7-year limit on studies for non-EEA students. For graduates with an award at level 9 or above, the overall limit is 8 years if they have availed of the Third Level Graduate Scheme.

Yes, but you will need to demonstrate to the immigration officer that you have taken appropriate steps to access suitable graduate level employment, e.g. attendance at job interviews, signing up with graduate employment agencies, etc.

Yes, this is possible for students with an award at Level 9 or 10 that is accredited by an Irish awarding body, provided that the total time spent in Ireland on a student stamp and Stamp 1G would not exceed 8 years overall. A Stamp 1G may be issued to postgraduates for a shorter period if required to fit within the 8-year rule.

Students already enrolled on a level 7 programme accredited by an Irish awarding body at 31st May 2017 may apply for a six months residence permission after receiving their results until 31 December 2019. This transitional arrangement extends provision that was available under the previous Third Level Graduate Programme.

Students who enrolled in a programme leading to an award at Level 7 after 31 May 2017 will not be permitted to avail of the Third Level Graduate Programme at the end of their studies.

Overseas accreditation - for example an award studied in Ireland but accredited by a UK university - will not qualify for the scheme at level 8.

However, the outline of the revised scheme states: "As a wholly exceptional measure, students enrolled on or before 31 May 2017 in a programme leading to an equivalent award at Level 9 of the National Framework of Qualifications but accredited by an overseas awarding body may apply for a six months' permission on Stamp 1G conditions. This provision will cease with effect from 31 August 2018."

You can apply as soon as you receive confirmation of your degree result. (This does not mean that you must wait until after your graduation.) To qualify, application should be made within six months of results being received.

It may be useful to note that graduating non-EEA students can engage in full-time work (up to 40 hours per week) between 1st June and 30th September, provided this period is covered by an existing Stamp 2 student permission.

Back to INFO & ADVICE